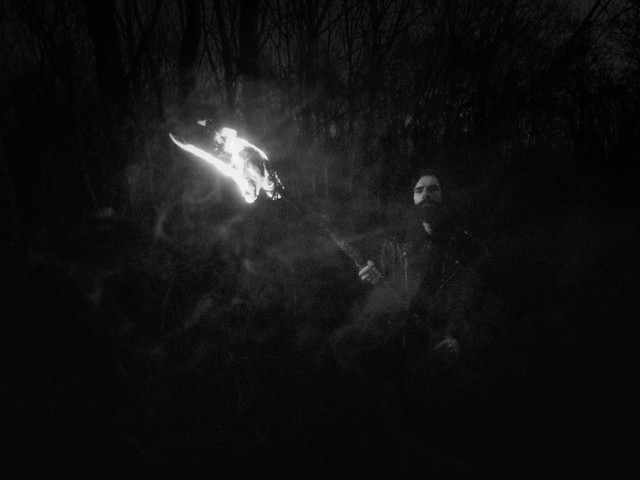 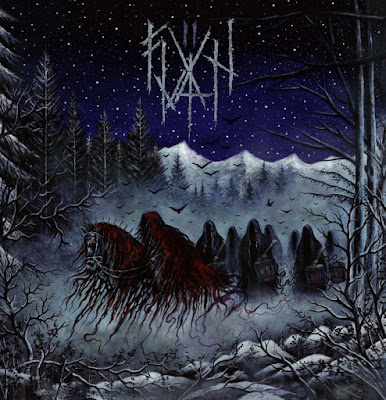 Review
Rating (out of 5🤘): 🤘🤘🤘🤘
Favourite Track(s): Prophecies, Endless Winter, Into The Forrest Of Shadows
There are two sides to Andy Marshall, the solo musician with an incredible worth ethic not only writes the impassioned atmospheric black metal epics of Scottish heritage, nature and traditional poetry of Saor, but also writes the darker, more melancholic and mystical epics of Fuath. The contrast between the two projects is even in their names, Saor meaning "free" and Fuath meaning "hatred" in Gaelic. Either way, it is clear for all to see that Andy has made the most of the lockdown free time. Whilst it will be hard not to continually draw comparisons to Saor the aim is to treat Fuath as a separate entity. Although it is a good indicator of Marshall's compositional prowess and songwriting credentials, capturing deeply complex emotions in two similar yet different formats. Wonder and admiration aside, the last Fuath release I was unleashed on the world back in 2016 and the project remained pretty quiet, until now. Focusing on more of the traditional grittiness of black metal, II sees Fuath continue to develop the darker, intensely melancholic atmospheres in I. The next shadow drenched chapter of Fuath unfolds with a raw aggression and deep sorrow.
Focusing on the more traditional elements of black metal, Fuath has alway had a much rougher, raw and grimmer edge to it. Even so, the album is still richly atmospheric, with each song containing its own enchanting and entrancing riff cycle in which you can silently drift away into the shadowy realms of your thoughts. The album feels cold and foreboding, capturing the solitude and bleakness of winter in all its ravishing grimness. With the average song length working out to around eight minutes, this album allows you to become full immersed in the world that the music creates, monochrome imagery of vast winter landscapes cross your mind as the torrent of discordant riffs cascade like snow and bury you. There is a sense of anguish and forlornness that underpins the album, which is emphasised by the brief moments of clean vocals that appear throughout the album but predominately on Prophecies and Endless Winter. The most intense track comes halfway through the album is Into The Forrest Of Shadows. The shortest song on the album packs a decidedly frosty punch that makes the hairs on the back of your neck stand as a shiver runs down your spine. The chaotic riffs and barked vocals are intensely aggressive, with the discordant arpeggiated chords resonating through you. The album is also consistent with its use of dynamic variation, one example would be the middle section of tribal drum patterns and clean chords in Into The Forrest Of Shadows, as it gradually builds and launches into a faster yet ethereal instrumental section. The synth passages also aid this variation by adding new and mystical textures in the background, as there is something beautifully simplistic about the synth style in comparison to what we hear in Saor albums. Even so the sweeping pads serve to emphasise the hopelessness of an eternal winter. Much like I, II is beautifully cold and powerful, and it is clear to see why these ideas haven't found their way into any Saor album. Overall, the album fits in this sphere of deeply reflective, melodic black metal surrounded by snow and beneath the stars. Stripping back to the bare bones of melodic and atmospheric black metal to create an introspective and melancholic atmosphere.
The production is pretty straightforward in that case. Containing the usual rawness that comes with the black metal territory with nothing really pushing experimental or expansive boundaires. It feels quite claustrophobic in that sense, with the guitars on both side closing in around you. The guitar tones are are mid and treble heavy, keeping the sound very stripped back and traditional. Whilst the lead tones are sharp and pointed, cutting through the rest of the guitar mix, whilst being predominately panned in one ear. The bass seems to be non-existent in some areas but when it is audible it is thick, distorted and weighty. The drums sound tight, the consistent pounding bass waves of the kick really drive through the mix whilst the snare has a satisfying snap. One thing that is good with the drum mix is the all round panning of the fills, something that doesn't seem to happen too much anymore, which is refreshing. The synth layering is quite low in the mix, adding to the claustrophobic feel, but when they get their moment to shine they break the mould and add some expansive passages to the album. Overall, the mix doesn't break any new ground but serves the purpose of the music.
If you fancy a beautifully dark and melancholic album that contrasts completely to Saor, then check out Fuath!
Fuath - II
Album Reviews