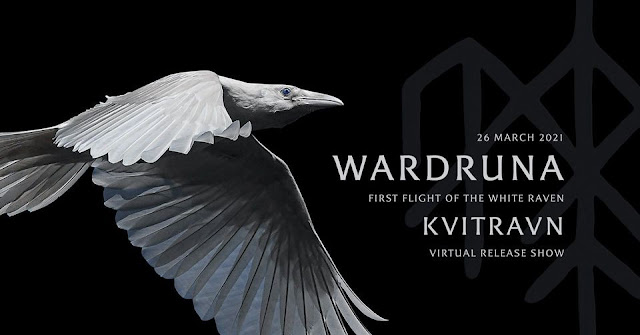 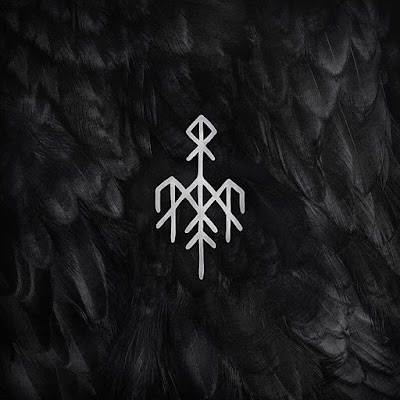 Review
Rating (out of 5🤘): 🤘🤘🤘🤘🤘
Like many artists at the moment, Wardruna have ventured out into the world of livestreams to deliver a mesmeric and entrancing performance that we have had the privilege to witness from the comfort of our sofas. Whilst the experience of seeing the band in the flesh is significantly more spectacular, the pure power that was emitted through laptop and TV screens was nothing short of spectacular. With a set list spanning all five of their incredible albums, audiences were treated to a full Wardruna musical experience.
Starting the stream with an informative and insightful interview with Einar, this sets up the show perfectly by putting the music into context and Einar gives us a small look into the meaning of Wardruna's songs. Always thoughtful and enigmatic Einar discusses a few topics, including some of the band's challenges over the last 12 months and the deep connection with nature that Wardruna's music possesses. One of the most interesting aspects was the symbolism of the White Raven, and how its special standing in nature often brings hope, positivity and change. The animistic properties of Wardruna's music is very resonate with people today as we search to regain that ancient connection with the earth. This also ties in with the simple core value of stewardship of the earth and how we can reclaim this connection through attitudes and not necessarily spiritual way.
The show starts off with visuals with lyrics or an insight into what the specific runes mean, this gives the song some context and opens up the meaning so that the song can really resonate with the audience. This also keeps the energy levels up and the atmosphere intense as the band doesn't stop to talk, this aids in keeping you locked completely in with the music and the immersive experience. From the very beginning the performance is mesmerising, Einar's voice resonates so strongly through the screen it feels like he is singing to you personally. Lindy-Fay's haunting vocals are lofted high over the pounding rhythms and thought provoking melodies of the traditional instruments the band use. It was also awesome to see the inclusion of Katrine Stenbekk from Kalandra on backing vocals, who did a phenomenal cover of that infamous Wardruna song Helvegen. You can feel every part of the performance resonate through every part of your body. Going back to Einar's point about a connection with nature, you feel like your very soul is tapping into something much older and significantly more ancient despite being surrounded by modern devices. Whilst livestreams never truly match the live experience, Wardruna's performance was still raw, emotive and intensely passionate. The Skaldic Volsupá is as haunting live as it is on the album, stripping back to the bare roots of Skaldic poetry and performance which added a time to reflect halfway through the performance, with Einar's solemn tones echoing into the shadows. The use of sticks and logs to make the rhythmic melodies was brilliant to watch, as many of us, no doubt were left in awe of how the band can get such delicate and resonating sounds out of nature. It just demonstrates how you can make music from just sticks if you feel inclined to. Overall, Wardruna have always been a very special band, and have created something that resonates deeply with a lot of people. The effort that has gone into First Flight Of The White Raven is significant and it has been an honour to be able to experience this music "live".
The show's production was nothing short of phenomenal. Each song had its own page set up, for example Helvegen sees the band surrounded by flaming torches. The simplicity of subtle limited and occasionally coloured lighting that flickers through the shadow in time with the drum beats is utterly mesmeric. Given the production is mostly dark it feels very personal and intimate. With the visuals in the backdrop behind the band correlating with song, again it juts adds to the immersive experience, and because they're quite subtle you can see how it augments the performance, rather than dominate it as some visuals do. The band have done so many things right with the production, shaking up the engrained format to deliver a production which is as close to a live show as possible. The work cannot be commended enough.
Overall, it feels that words alone cannot do it justice, you absolutely felt this performance to your very core. It felt like your soul was being healed as it taps into the energy of the ancients, whilst Einar states the music isn't aimed at being spiritual, it certainly felt like your soul transcended time and boundaries as you connected with something older than yourself. The performance was everything I expected and so much more. The music and experience had such a profound effect that I couldn't physically move during the entirety of the closing song Helvegen. I think it is more than fair to say that the First Flight Of The White Raven has been a resounding success for Wardruna.
Set List
I. Kvitravn (White Raven)
II. Skugge (Shadow)
III. Solringen (The Ring Of The Sun)
IV. Bjarkan (Birch)
V. Raido (Riding)
VI. Volsupá (Prophecy Of The Seeress)
VII. Isa (Ice)
VIII. UruR (Aurochs)
IX. Vindavlarljod (Song Of The Wind-Bred)
X. Rotlaust Tre Fell (Rootless Tree Falls)
XI. Fehu (Wealth, Livestock)
XII. Helvegen (The Way To Hell) 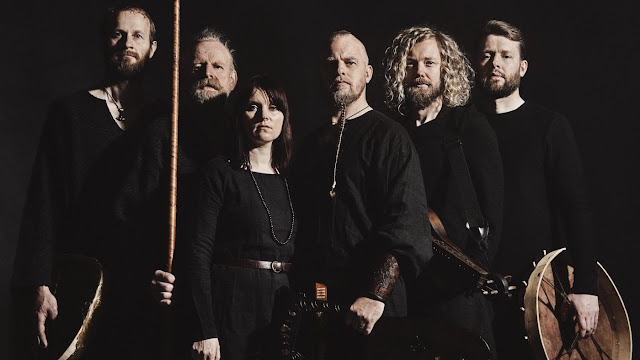