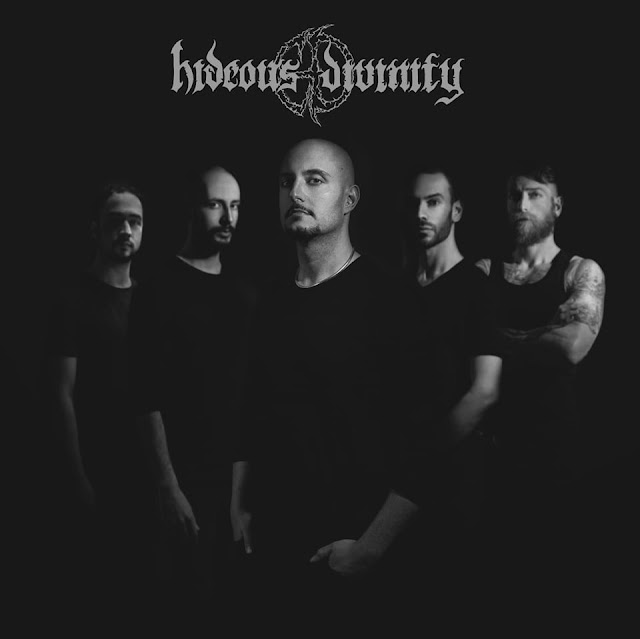 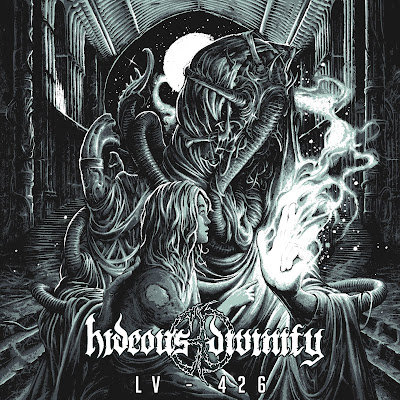 Review
Rating (out of 5🤘): 🤘🤘🤘🤘🤘
Favourite Track(s): Chestburst
Hailing from the great city of Rome, Hideous Divinity have always been the stoic philosophers in the death metal scene since being created in 2007. Over the last decade they have released a string of consistently good technical brutal death metal albums, with each one bigger and better than the last. Now the band have condensed this monolithic sound into three uncompromising and beastly tracks that are  sure to cleave your skull in half. The album's title sounds like a variation of some mutating disease but instead is the scientific name of the planet Acheron from the Alien movie franchise. It is 39 light-years from Earth and it was one of the first planets to be infested by Xenomorphs in the Alien timeline. That should provide some context behind the lyrical themes and song titles, given how bloody scary the mere concept of a Xenomorph is, it certainly makes for good death metal.
Opening up with Acheron, Stream of Woe, there is already an eerie cinematic vibe before launching into the meaty death metal riffs. The minimal but significant use of synths mirrors that of the films the songs are based upon. They add an underlying tension, much like they did on their previous album 2019s Simulacrum, that makes you feel like a Xenomorph is closing in on you. This uneasy tension is apparent in all three tracks, and as they bleed into one another this overwhelming dread takes over your psyche. The technical elements of the riffs dine out on uncomfortable dissonance and unrelenting chaos, this is most apparent on Chestburst. The song title alone brings back vivid images of the Xenomorph youngling bursting out of Kane's chest while the man tries to eat. The song itself feels just as gory as that infamous scene. With sweeping lead runs, it makes you feel like the vile creature is crawling around in your chest cavity, ready to be "born". It also captures the sorrow and horror of seeing someone die in such a horrific manner. The final song Delirium Trigger feels claustrophobic, distorted and chaotic, with the riffs revolving around your head with a dizzying effect. The band's technical musicianship and ability to capture their concept is second to none, after 16 punishing minuets you're left wanting more of this grotesque sci-fi circus to satiate your morbid curiosity. Overall, the EP is as a devastatingly good collection of songs, harnessing all the precise and technical power of brutal death metal and plastering it on to something as terrifying as a Xenomorph is an adrenaline inducing experience. We can all agree we'd love to see more bands do stuff like this and offer up their interpretations of their favourite movies in such a ruthless and exhilarating way.
The production is raw, aggressive and oddly expansive for a technical brutal death metal record. Possibly taking some inspiration from black metal's use of atmospherics the various layers all build into this grandiose, cinematic sci-fi score. The drums are unforgiving, pounding relentlessly with a weighty thump whilst the machine gun snare shoots through your ear drums at point blank range. The rhythm guitar tones are chunky, driving the chugged rhythms with devastating precision. The leads are cutting and clear, making the more melodic elements of the music really stand out. There is a surprising amount of space in the album, which is uncommon for this genre. This could have something to do with the concept as the eternal vastness of space is both a spectre to behold yet a terrifying expanse to be in. Overall, the mix is just as ruthless as the music and it will leave you in a state of delirium for sure!
If technical brutal death metal about Xenomorphs bursting out your chest and alien infested planets, this is an EP for you! Hideous Divinity's LV-426 is out on the 23rd April.
EP Reviews