Nebula Mori - Beyond The Event Horizon 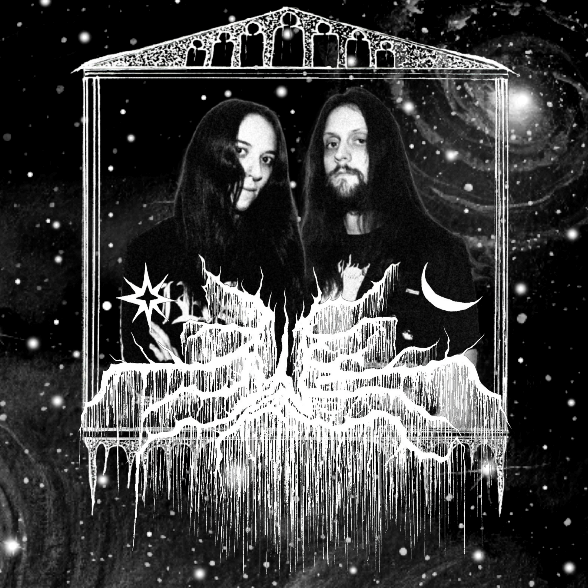 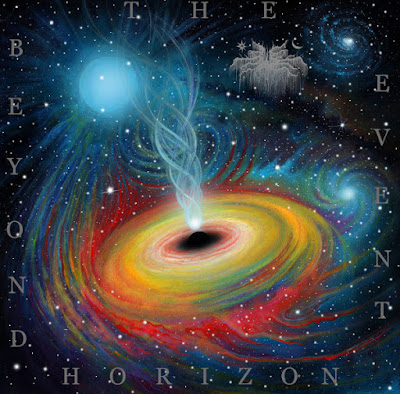 Nebula Mori - Amidst The Corpses Of Gas Giants

Review
Rating (out of 5🤘): 🤘🤘🤘🤘
Favourite Track(s): Reeling Fluorescence, Amidst The Corpses Of Gas Giants, Bounds In Nuclear Inferno, Where Light Ceases To Have Meaning, Impending Singularity, Black Hole Era
Exploring the cosmos with the raw power of black metal comes so naturally to Nebula Mori. Their debut release A Ghost Amongst The Stars captured the imagination with its ethereally dark and celestial soundscapes. The band return with new release Beyond The Event Horizon, and album that takes a lot of what was established in its predecessor and takes it to even deeper and further parts of the universe. It is often difficult to full grasp the enormity of the universe, alongside its beautiful emptiness, we float elegantly around the sun wondering if there is life beyond our planet as the bombastic forces in space collide, destroy and create new celestial bodies. Whilst Beyond The Event Horizon offers plenty of time to reflect in its sweeping soundscapes it also offers up imagery of the harsh brutality of things hurtling towards each other and the creation of light sucking black holes.
Opening with the ominously dark and mesmeric introduction Locked In Gravitational Radiance, the scene is set for the listener's journey Beyond The Event Horizon. From that point on your are launched head first into discordant and aggressive melodies that make you feel like you're in the middle of the Hadron Collider. Nebula Mori effortlessly fuse the most aggressive part of black metal with mysterious sounding cinematic synths to create complex and eerie compositions. The album captures a certain bleakness of a dying universe, as demonstrated in Amidst The Corpses Of Gas Giants. A song that conjures up emotive, hypothetical imagery of planets like Jupiter, Neptune and Saturn becoming floating orbs of nothingness. This casts a dark melancholy over you as you begin to comprehend the hostility and unpredictability of the universe, how one thing as beautiful as a nebula can be destroyed instantaneously. The album is seemingly split into two halves, with synth instrumental Touching The Event Horizon acting much in the same Locked In Gravitational Radiance, and helps break up the discordant onslaught in the album. With its overall sense of despair, loneliness and nothingness, the album really captures as sense of isolation, drifting in constant thoughts of everything and nothing. This is something we can all relate to, regarding the last twelve months and in some ways the album offers some catharsis as you pour all your emotions into these compositions. One song that represents this idea is Impending Singularity, whilst launching into some raw and aggressive riffs, the emotive synths and pads that lay underneath contrast with the riffs, demonstrating a polarity between everything and nothing. The complexity of the emotions musically is something that has been executed perfectly. Conceptually, the album carries on from A Ghost Amongst The Stars, seeing space as this haunting and unforgivingly lovely place, musically it sees the riffs become more aggressive as the band move away from the atmospheric style of black metal riff writing. This new found aggression helps reinforce the destructive nature of space as demonstrated in the album's concept. Nebula Mori something fresh to black metal, whilst cosmic black metal is nothing new, it is awesome to see a band go fully into the actual cosmos instead of travelling down the well trodden path of esotericism. The album also feels more progressive, mixing up tempos and time signatures to create an unpredictable whirlwind of riffs and grooves. Closing the album on the crackling and distorted drones of Ouroboros just about sums up how daunting the concept of empty gas giants is as well as the unforgiving nature of the universe. As you reflect to it's icy synths, you get lost in dark wonder yet strangely comforted by its eeriness. Overall, Nebula Mori have backed up their stunning debut with another release that captures the imagination, stirs up emotions and packs a punch with some astonishing black metal riffs.
The production is similar to A Ghost Amongst The Stars but more polished. Still containing the rawness of the debut but with a better management of the various layers involved. The synth and pad sound design are easy stand outs on the album, as they grow and evolve throughout the album to suit the songs. Giving the album a sense of movement as the ebb and flow carries the listener between songs. This allows the guitars to stick to punishing and raw riffs as the melodic burden is taken up by the synths. Due to this the guitars tones buzz like chainsaws, bringing in the old school black metal vibe and creating a harrowing atmosphere under the solemn synths. The kick drum could maybe have had a presence boost, as you can hear it driving through the songs but it just lacks some of the weight that you find in a modern black metal record. The snare however is ferocious, combined with the cymbals the snap and cut through the layers with devastating effect. The layering and vast array of textures is also to be commended as they create this beautiful rich atmosphere and it makes the album infinitely more expansive. Overall, the mix is an evolution on what was heard before in A Ghost Amongst The Stars.
If you fancy experiencing what the Event Horizon is like and then want to go beyond it, give the new Nebula Mori album Beyond The Event Horizon  a spin now!
Nebula Mori - Beyond The Event Horizon
Album Reviews