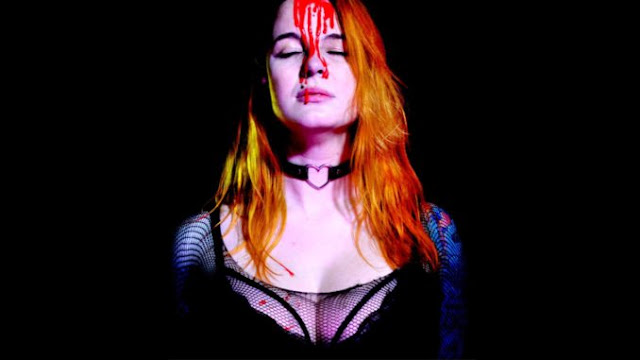 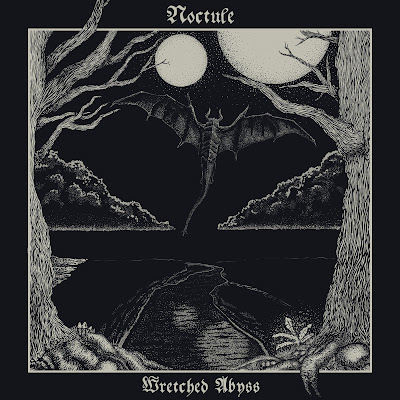 Review
Rating (out of 5🤘): 🤘🤘🤘🤘🤘
Favourite Track(s): Elven Sword, Evenaar, Labyrinthian, Wretched Abyss, Winterhold, Deathbell Harvest
The highly anticipated Noctule debut album from Svalbard's Serena Cherry has finally been delivered into our ear drums on the beat of Paarthurnax's wings. Metal has long had a deep affinity with fantasy and over the course of the genre's history we've had dragon fighters, mountain kings and a whole host of fantasy/medieval history based songs. However, one video game took the world by storm (quite literally through a Thu'um) in 2011 and now inspired by its deep lore and frosty Nordic looking landscape, a black metal project rises on the wings of a dragon to conquer the world from it's seat at High Hrothgar. Wretched Abyss has been broadcast from the Throat Of The World and into our merely mortal ears. There is an elegant grace to this album, as it channels the themes and soundscapes of Jeremy Soule's original soundtrack and gives them a phenomenally rich and highly atmospheric black metal upgrade.
From the opening seconds of Elven Sword, it is clear from the outset that this album is a very special one and not your typical black metal release. For the album as a whole it feels like the stars and celestial bodies have aligned as the black metal gods are channelled in all their glory. The harkening back to a traditional and old school black metal sound with a modern melodic sensibility instantly makes this album standout alongside its Skyrim theme. Stylistically, the album is very reminiscent of Norway's Windir, telling the stories through the melodies that evolve and develop as the song goes on. With this in mind, it captures the essence of Skyrim's frosty mountains, snow covered valleys and grime ridden caves (where those pesky draugr make their humble abodes) perfectly. The album has beautifully elegant grace about it, from each songs arrangement and melodies it demonstrates that Serena knows her subject matter extremely well with a well trained eye for the exquisitely subtle details. The evocative vocals alongside the euphoric and haunting ebbing and flowing of the epic melodies really resonates with you. It may be a bold claim, but if J.R.R. Tolkien wrote black metal albums, I imagine it would sound something like this. The high fantasy drama within the songs is forged with incredible musicianship and is something even Eorlund Gray-Mane of the Skyforge would be blown away by.  Evenaar is definitely the most haunting on the album, its choral introduction will no doubt be compared to the likes of Myrkur (specifically the Mareridt era) but Serena's vocals are spine chilling as a pensive melody sweeps through the song. This moves you considerably and conjures up a melancholic scene of icy winter covering the landscape. There is a vividness to each song that is captivating and beautiful, which creates a yearning deep within you and a longing to visit this mystical and magical place. Winterhold embodies everything there is about Skyrim's capital city and its decline after the 'Great Collapse' as the song gets progressively darker, eventually leading into the eerie Deathbell Harvest. The second half of the album, from the mid-point of Winterhold definitely takes on a darker tone but is still epic and triumphant in its use of melody, just with some added discordance. In terms of the riff style, there is a few nods to the more progressive side of black metal, which is refreshing in such a richly atmospheric release. After the absolute battering you receive from Unrelenting Force, the most aggressive song on the album, Wretched Abyss closes with a Jeremy Soule cinematic outro, giving you a chance to reflect on the breathtaking adventure you've just experienced. Become Ethereal could not have been a better choice to close the album, it demonstrates Serena's skill and melodic awareness as well as showing off her ability to create wonderful atmospherics. Overall, this album will blow anyone away, black metal fan or not. It is definitely the album the world needed, fusing the raw power of black metal with the vivid fantasy imagery of Skyrim. Wretched Abyss is a breathtaking, beautiful and monumental aural experience.
The production of the album is just as unique as the music. It may sound crazy but there is also a misty sound to the album, maybe through the ingenious uses of reverb and delay, the layers are jam packed with crucial elements that build up this rich tapestry of music. Layering the clean guitar tones over the distorted ones probably helps create this mysterious and esoteric sound. The rhythm tones channel that traditional black metal sound whilst the leads have an ethereal quality, floating the melodies over the top of the ensuing black metal chaos. While the bass fills the low end, reinforcing the tremolo rhythms with all the force of a war-hammer. The drums have a wonderful tone to them, a thick, thumping bass drives the songs forward and the snare snaps perfectly into the cavernous depths of Skyrim's dungeons. The various choral vocal layers in various parts of the album are minimalistic and used sparingly which makes them all the more haunting and beautiful. For the vocal mix, you could easily be reminded of Saor, as they sit in this middle ground of the mix, drenched in reverb. Overall the mix is just as breathtaking as the music, a phenomenal effort from start to finish.
Not since Havukruunu's Uinuos Syömein Sota have I been moved so much by an album. If you fancy an epically beautiful black metal album fused with the epic landscape of Skyrim, listen to this album. If you want an excellent black metal album, listen to this album. If you want an exceptional album period, listen to this album.
Noctule - Wretched Abyss
Album Reviews