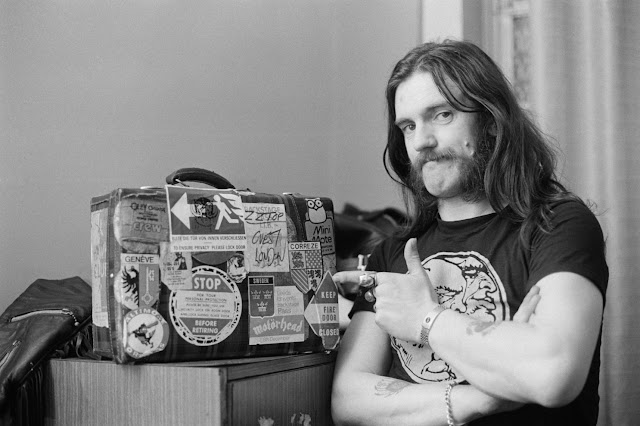 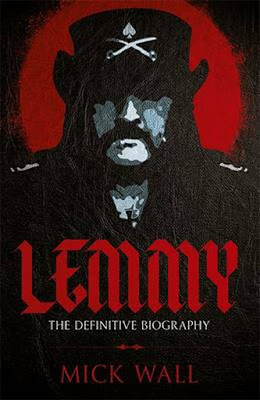 "In 'The Ace of Spades', Motörhead's most famous song, Lemmy, the born-to-lose, live-to-win frontman of the band sang, 'I don't want to live forever'. Yet as he told his friend of 35 years, former PR and biographer Mick Wall, 'Actually, I want to go the day before forever. To avoid the rush...'. This is his strange but true story. Brutally frank, painfully funny, wincingly sad, and always beautifully told, LEMMY: THE DEFINITIVE BIOGRAPHY is the story of the only rock'n'roller never to sell his soul for silver and gold, while keeping the devil, as he put it, 'very close to my side'. From school days growing up in North Wales, to first finding fame in the mid-60s with the Rockin' Vicars ('We were very big up north, I had a Zephyr 6'); from being Jimi Hendrix's personal roadie ('I would score acid for him'), to leading Hawkwind to the top of the charts in 1972 with 'Silver Machine' ('I was fired for taking the wrong drugs'); from forming Motörhead ('I wanted to call the band Bastard but my manager wouldn't let me'), whose iconoclastic album NO SLEEP 'TIL HAMMERSMITH entered the UK charts at No. 1 - and its title into the lexicon of hip-speak. Based on Mick's original interviews with Lemmy conducted over numerous years, along with the insights of those who knew him best - former band mates, friends, managers, fellow artists and record business insiders - this is an unputdownable story of one of Britain's greatest characters. As Lemmy once said of Wall, 'Mick Wall is one of the few rock writers in the world who can actually write and seems to know anything about rock music. I can and do talk to him for hours - poor bastard.'"

Review
Rating (out of 10📕): 📕📕📕📕📕📕📕📕
Ian Fraser Kilmister, or more commonly known as Lemmy is a man that needs no introduction. "Born To Lose. Live To Win." is etched in the memories of countless punk, rock and metal fans, epitomising the man who lived by those very words. In his 70 years on this planet, Lemmy saw it all and experienced it at a light speed. Motörhead and Hawkwind's influence on the British rock landscape has been significant and then some, and Lemmy insisted that all he wanted to do was play rock'n'roll and that is exactly what he did. Mick Wall's unflinching and comprehensive contemporary account of Lemmy's life is honest and raw. Whilst Lemmy was known for telling some tall tales, this only adds to the book's entertainment factor as you go through the white knuckle ride that is Lemmy's life.
Starting off in his early years, I am drawn to compare it to what I read in Ozzy Osbourne's autobiography I Am Ozzy, turbulent and not always easy upbringings leading to trouble in education, which had both Ozzy and Lemmy assaulting their teachers and dropping out. What grabs you after this is Lemmy's passion and love for music in the most pure and simple form. Noting his disdain for the monotony of "normal" jobs, Lemmy's experiences in various bands before Hawkwind were just as eventful as the Hawkwind/Motörhead years. The Rockin' Vicars period of his career is enlightening, you really get a sense of how Lemmy worked. Obviously he spent money quicker than he could earn it but he was no stranger to hard graft and always paid you back. One thing that I could really relate to was Lemmy's "loner" lifestyle, as someone who has never had a problem being in my own company despite having a sibling (Lemmy was an only child, if we exclude his step-siblings), getting lost in your own world and entertaining yourself through various means is something that not everyone can do, so I felt an affinity with Lemmy there. Although his early years are brief, and the beginnings of his music career the polar opposite as to what he would later become, it was interesting to see the environment in which Lemmy immersed himself in. Of course, it would be silly to not mention the 16 day UK tour he spent as a roadie for Jimi Hendrix. The idea that two of my favourite rock heroes crossed paths, albeit briefly, highlights to me how great that era was for British music.
As the book progressed into Lemmy's days with Hawkwind we see how the drugs and alcohol become a key part of his life. Whilst Lemmy deeply loved and was committed to Hawkwind, it had its fair share of tense drama during the period that he was bassist and occasional singer. Hawkwind are often forgotten about as one of the UK's big hitters of 1970s rock but they had some decent success, which did take a nose dive when Lemmy left. Going through the origins of Motörhead and the best albums coming from the classic lineup of Lemmy, 'Fast' Eddie Clark and Phil "Philthy Animal" Taylor was interesting, but it was very much a live fast, die young deal for the trio that would give us Overkill, Ace Of Spades and Bomber. As much as there was good times, the lifestyle caught up with them and once fractured and broken the classic lineup couldn't be put back together. It was interesting to see that Motörhead's success as the time heavily fluctuated, the 21st century veneer was brushed from my eyes as I found out that not all was linear in the Motörhead world. As Lemmy's career progressed you grow a new understanding of the man yet he will always remain an enigma. With the most recent Motörhead line up of Lemmy, Phil "Wizzö" Campbell and Mikkey Dee bringing new success it was heartbreaking to read about Lemmy's progressive illnesses. As he said though "I don't want to live forever" and he lived his life to the full.
Mick Wall's writing style is as engaging as ever, as a contemporary and former PR agent to Lemmy and Motörhead he has had probably one of the best insights into the band outside of Doug Smith. With Lemmy himself being quite a private man, what really comes across is his well respected manners and sensitive thoughtfulness but the book doesn't pry and the majority is in Lemmy's own words. One thing I love these sorts of books for is how it depicts he industry back then, and when I look at where it is now it feels like one of the great cultural things has been bulldozed in favour of money and business. What makes this even more frustrating as a young person in the modern industry is how you could make money from the tiniest musical endeavour and that that was the circumstances only 50-60 years ago, which is still quite recent. Anyway, Mick's book is well researched and compiled full of interviews with the people that knew Lemmy best, so you can get a really good view into they mythos of the man.
Lemmy holds a place in many a metalhead heart, so if you want to delve deeper into his story I can throughly recommend this book for the best overview. However, given Lemmy's knack for storytelling it might be worth reading several books to get a fuller picture, but if you're trying to crack the Lemmy enigma, good luck.
Hawkwind - Silver Machine
Book Reviews